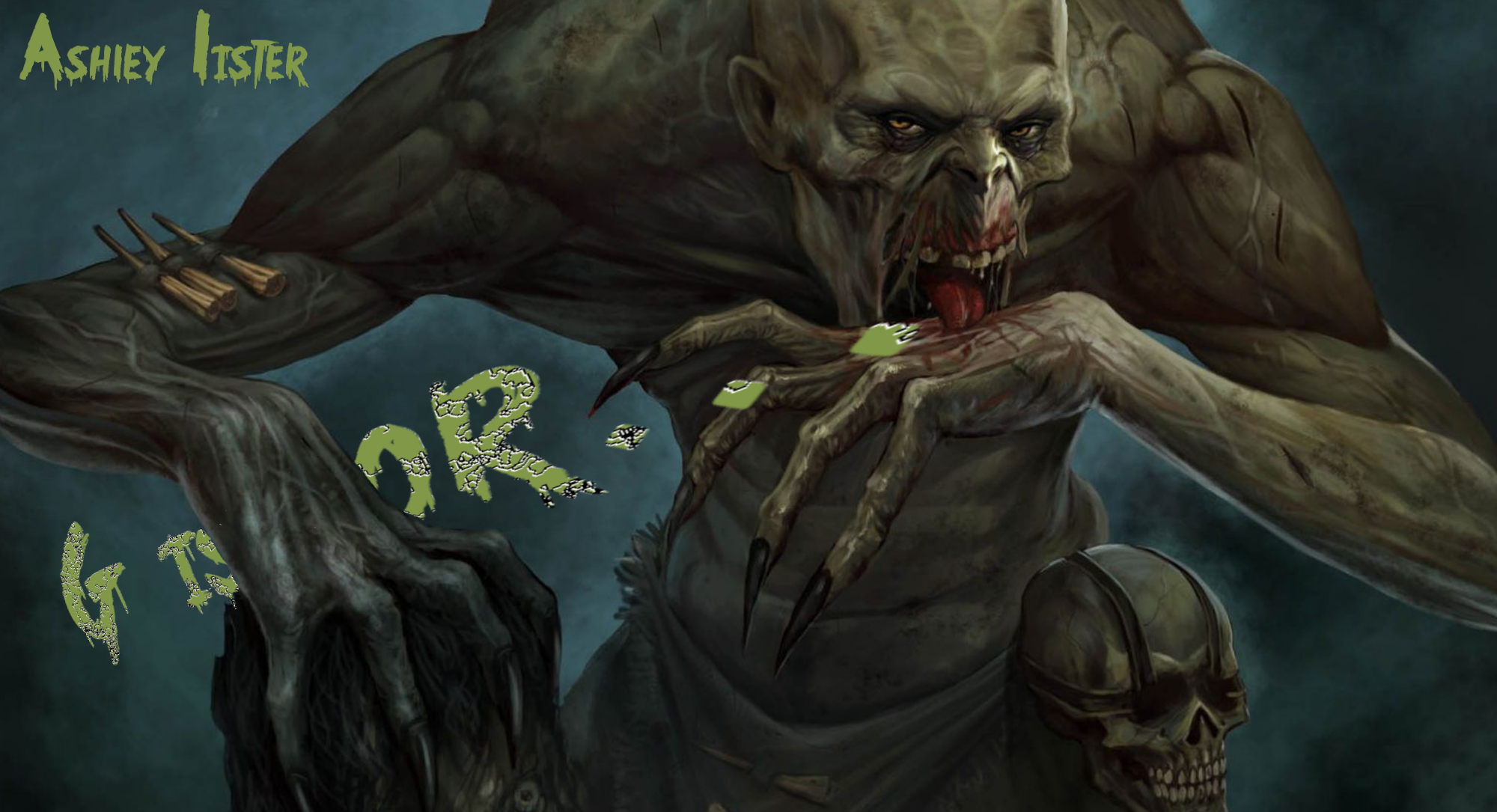 I was once teaching a class where a discussion began on the morality (or lack of) of eating human flesh. My favourite comment came from a young woman who said she’d eat human flesh, but she wouldn’t want to pay restaurant prices for it.

The ghoulish extreme of eating human flesh has been used in several horror stories. It was the key aspect in Stephen King’s short story ‘Survivor Type’, which should have had the subtitle: you are what you eat. There’s a secondary character in George R R Martin’s Fevre Dream who starts panfrying some of his victims. And it seems that everyone in Harry Harrison’s Make Room! Make Room! (later filmed as Soylent Green) has a ghoulish appetite. Cannibalism is also the mainstay of films such as Cannibal Holocaust, The Hills Have Eyes and any movie featuring the character Hannibal Lecter.

And it’s difficult to decide why the ghoulish act of cannibalism is considered so horrific. Are we genuinely scared of creatures that could eat us? Without wishing to sound bleak, if we’re already dead, why would it matter? Surely, once I’m dead, it won’t matter to me whether someone slices me into cold cuts for a picnic, or has me stuffed and dressed in my Saturday clothes, so I can be used as a scarecrow, or simply dumps my carcass into a grave so I can be worm food?.

Or is that we’re scared of becoming the ones that consume the flesh of a sentient creature?

In the real world we’re aware of notorious cases, such as Albert Fish, Andrei Chikatilo, and Jeffrey Dahmer: gentlemen who decided that simply being a serial killer wasn’t quite evil enough for them and they needed the extra gravitas of being known for eating their victims. For some reason this shifts the crime of murder from being disgusting and unnecessary to outrageous and monstrous. These criminals are not just taking a life – they’re reducing their victim to the status of slaughtered livestock.

However, there are other cases that have managed to stay on the right side of the law, even if they stray into less appetising territory.

For example, in 2012, Japanese chef Mao Sugiyama served up his own genitalia to five daring diners. Sugiyama is a self-described asexual and underwent elective genital surgery just after his 22nd birthday. He then prepared his penis and testicles with button mushrooms and parsley. Sugiyama announced the culinary experiment via twitter and guests paid the equivalent of $250 a plate. (Personally I wouldn’t have signed up for this deal as I consider myself to be a meat and two veg type of diner).

And then there’s Peru’s Guayaki tribe. They do not hunt down enemies for food. However, they won’t pass up an opportunity for meat and are happy to eat their own dead. They say that human flesh is sweet – a little like wild hog – but it is more tender and covered in a layer of yellowish fat. The Guayaki recipe advocates grilling the human flesh with the bud of the pindo palm. They also say, if a man is being eaten the chef should boil the penis and give it to a woman, because eating male genitalia means they will give birth to a boy.

Perhaps the reason why people do consume human flesh is because the taste is worth it. Author and journalist, William Seabrook, who spent time a cannibal tribe in West Africa during the 1920s, said it tasted, “Like fully developed veal.” Armin Meiwes, a German who ate large portions of a man who agreed to be killed and devoured in 2002, said it was, “Like pork. It tastes quite good.”

However, regardless of the taste, the danger of kuru, a neurodegenerative disease similar to CJD and associated with cannibalism, means that it might not be worth the risk. Symptoms for kuru include: difficulty walking, poor coordination, difficulty swallowing, slurred speech, moodiness and behavioural changes, dementia, muscle twitching and tremors, inability to grasp objects, and random, compulsive laughing or crying. In the third stage, the person is usually bedridden and incontinent. They lose the ability to speak. Starvation and malnutrition usually set in at the third stage, due to the difficulty of eating and swallowing. These secondary symptoms can lead to death within a year. Most people end up dying from pneumonia.

All of which tells me, even if it’s not at restaurant prices, I still won’t be putting in a Deliveroo order for human beings on toast.