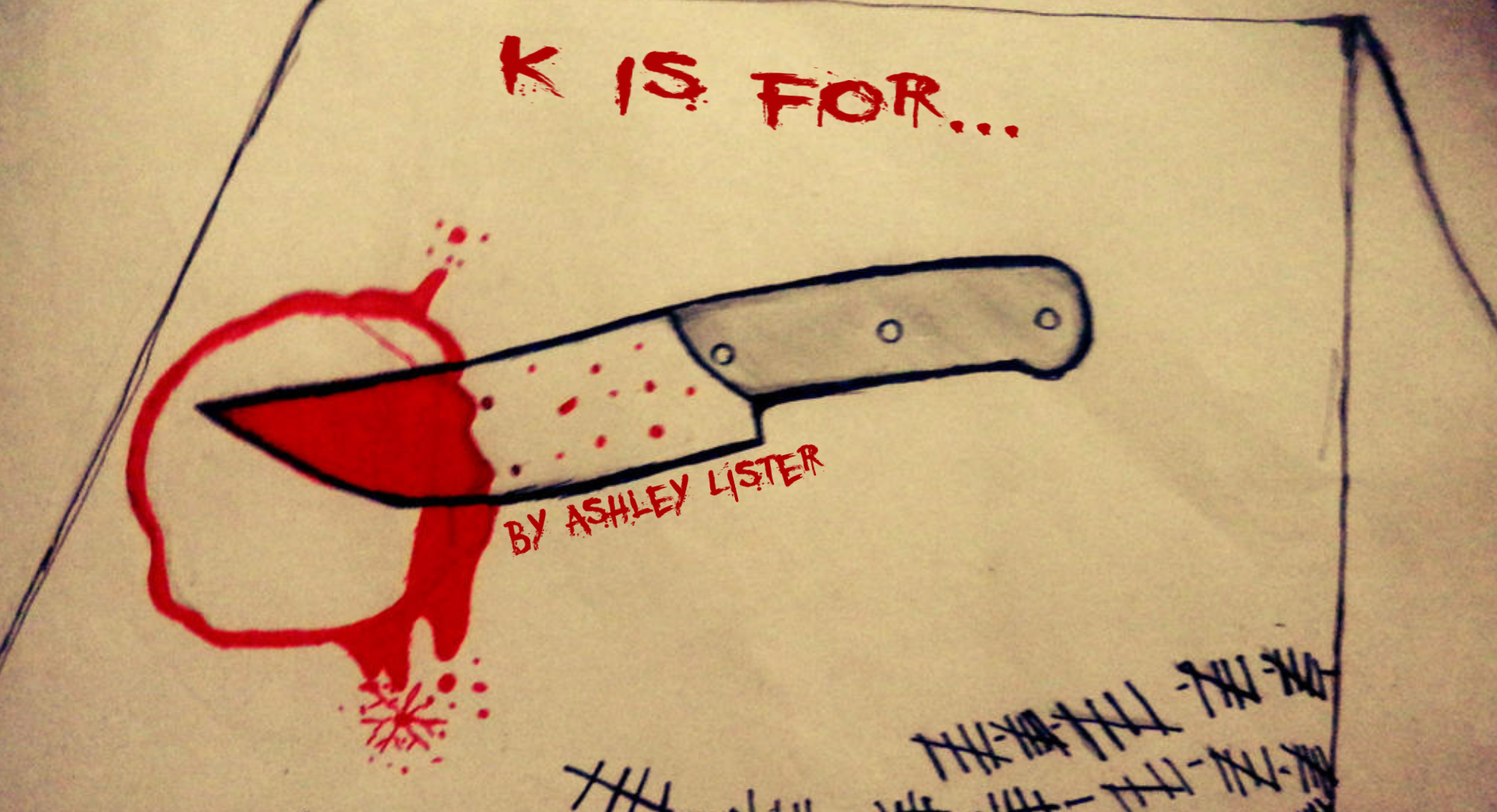 I appreciate that ‘K is for Knives’ is never going to get into anyone’s phonetic alphabet, but it must be admitted that knives are an essential part of the horror genre. They are certainly the feature that puts the slash into slasher movies and, if we broaden the term, we can see how blades in general give horror movies a distinctive edge.

We’re familiar with iconic knives from horror movies such as the kitchen knife wielded by Michael Myers throughout the Halloween franchise, the hunting knife used by Ghostface in the Scream movies, and the shower-friendly knife used by Norman Bates in Hitchcock’s Psycho. There are also knife-like objects, such as Jason’s machete, Freddy’s knife-bladed gloves and the range of sharp and pointy implements used by Chucky as he brutalises his way through the Child’s Play franchise.

The reasons for this are manifold.

Feminists can argue that the knife represents the phallocentric threat that comes from living a patriarchal hegemony. It’s a reasonable argument, and I’ve done nothing to diminish its relevance by only listing male characters in the paragraph above. Admittedly, Norman Bates was dressed in women’s clothing when he committed his violent acts, but I don’t think any of us are going to suggest this indicates a narrative of gender as a social construct, thereby obviating any notion of gender equality in the execution of fictional knife-crime.

It could be argued that capitalists appreciate such objet d’art because it allows them to easily profit from the merchandise memorabilia related to successful films. What do you get for the horror film buff who has everything? Well, a quick trawl through eBay or Etsy will yield suggestions including replica weaponry from media such as Highlander, Blade, Kill Bill, Sweeney Todd, Dexter, Game of Thrones and Buffy the Vampire Slayer. There is a lot of profit to be made from merchandise and the replica knife market is clearly responsible for a large slice.

My personal thoughts are that the knife is a very useful plot device. It’s portable. It’s potentially lethal. And it’s as silent as it needs to be. What I mean here is, if the scene calls for the metallic rasp of a blade being unsheathed, it can ring like a steel guitar at the finale of a country and western concert. However, if a killer needs to dispose of a victim with maximum stealth, a sharp blade to a vital organ, or sliding across the throat, or severing a major artery, can be (like the worst farts) silent but deadly.

This is an advantage the knife has over other weapons. Admittedly guns can be effective for their immediacy but, if a character shoots one victim, everyone else within earshot knows what’s going on and takes appropriate action. The chainsaw used by Leatherface (not the poet – the central character in Texas Chainsaw Massacre) is a wonderful weapon. But it’s noisier than Brexit supporters on St George’s day, when they’re telling you that the PC brigade have forbidden them from having national pride or waving their flags. Sickles (Children of the Corn), Hatchets (Hatchet), Cleavers (Drive-Thru), Meat hooks (Candyman), and Beartraps (Cabin in the Woods) have all proved to be effective tools in the hands of the right psychotic villain/antihero. But none of these weapons will ever be as effective as the traditional horror movie knife.