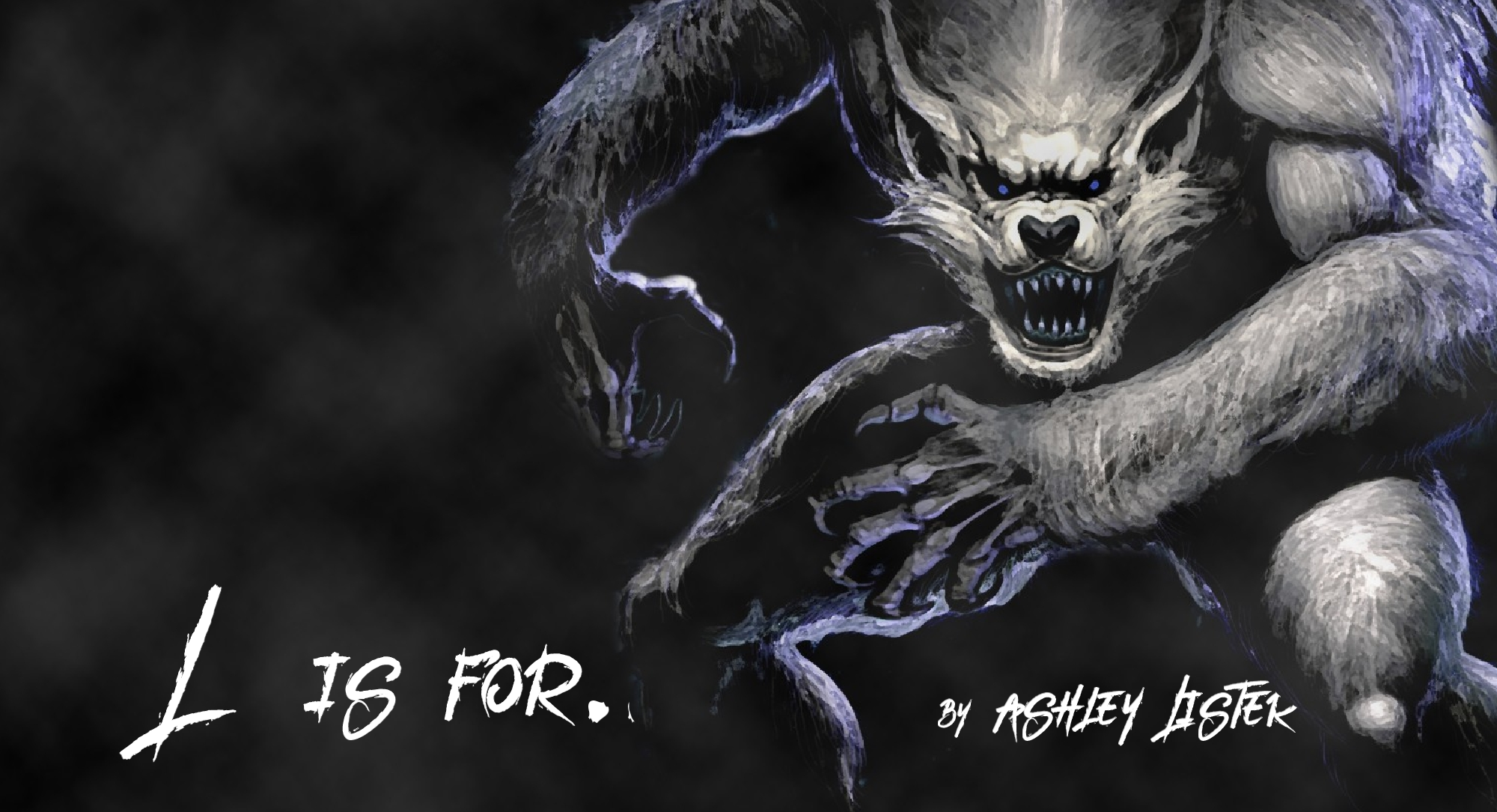 lycanthropy: the mythical transformation of a person into a wolf.

It’s hard to say where the first examples of werewolf stories can be found. In The Epic of Gilgamesh, the oldest known Western prose, Gilgamesh discarded a potential lover because she had turned her previous mate into a wolf.
Werewolves (of a fashion) are also apparent in Greek mythology with the Legend of Lycaon. Lycaon, son of Pelasgus, angered the god Zeus (who, was never of a quiet disposition) when Lycaon served Zeus a meal made from the remains of a sacrificed boy. As punishment, the enraged Zeus turned Lycaon and his sons into wolves.

We can also see examples of werewolves in early Nordic folklore. The Saga of the Volsungs is the story of a father and son who find wolf pelts that have the power to turn the wearer into wolves for ten days. Father and son drape themselves in the pelts, change into wolves and go on a killing spree. I’m not sure if this is a practical use of the power to change into a wolf. Personally, I’d probably spend all ten days curled in a ball licking those parts I can’t reach as a human.

There are arguments that suggest, rather than being able to metamorphosis into wolf creatures, the term werewolf was used to account for the depraved appetites of some serial killers. In 1521, Frenchmen Pierre Burgot, Michel Verdun and Giles Garnier (the latter being known as the ‘Werewolf of Dole’) claimed to have sworn allegiance to the devil who gave them an ointment which, when applied to the skin, turned them into wolves.

This is disturbing on several levels, not least of which is the notion of Frenchmen attacking (rather than running and hiding). It becomes less confusing when we understand the Frenchmen were attacking children. It’s also accepted that we’ll never whether these three were suffering from mental illness, under the influence of hallucinogenic compounds, or simply evil shits with a penchant for murder. The European acceptance of superstitious beliefs was enough for the authorities of the time to chalk up their behaviour to satanic shape-shifting. (Side note: it’s hard to believe what it must have been like to live in a time when the government promulgated untruths and covered up crimes with lies and obscene fabrications).

Accusations of werewolf phenomena could potentially have a medical explanation. Aside from lycanthropy, the psychological condition that causes people to believe they’re changing into a wolf, such spurious beliefs could be inspired by hypertrichosis (excessive hair growth), rabies, food poisoning, or the consumption of hallucinogens.
Nowadays the pop culture of Hollywood movies has given us the myth that werewolves begat other werewolves through a bite or scratch, as though the condition is passed on via blood-based transmission. Silver bullets, decapitation and fire are supposedly effective at killing werewolves, but I think it’s fair to say those devices are also effective against most creatures that aren’t werewolves.

And I must admit that I do find the notion of werewolves unsettling.

I’m going to put a caveat here and note that werewolves have been so poorly portrayed in most media that it’s a wonder we can still find any horror in them. Lon Chaney Jr’s werewolf costume of a hairy face and poorly fitting shirt set a precedent for shit costuming that continued right up to Seth Green’s Fozzy Bear Onesie in seasons three and four of Buff the Vampire Slayer. I think the first time I saw a werewolf on screen that was properly convincing was in the superlative horror film Dog Soldiers.

But I have long-since found the idea of werewolves unsettling.

Thirty years ago my wife and I were holidaying in a remote corner of Wales, sleeping in a caravan and enjoying a Cambrian break. The nights were surprisingly dark in that remote corner of the world and the sounds of nature were loud, invasive and unsettling. I don’t know what creature it was I heard howling outside the caravan. I’m not sure there are wolves in Wales any more. I suspect, when you’re in the dark, in an unfamiliar country, a little bit drunk and susceptible to suggestions, the howling of a chihuahua and the howling of a werewolf could be easily confused.
And after I’d heard something howl I was suddenly terrified that a werewolf was going to break into the caravan and do depraved werewolf things to my vulnerable human body.

I spent three nights wide awake, imagining great hairy creatures with slathering jaws, and claws designed for slicing and dicing, ripping through the flimsy walls of the caravan. Needless to say, it was not long after that excursion that we sold the caravan and stopped holidaying in areas that were remote and prone to nocturnal howls beneath a full month.