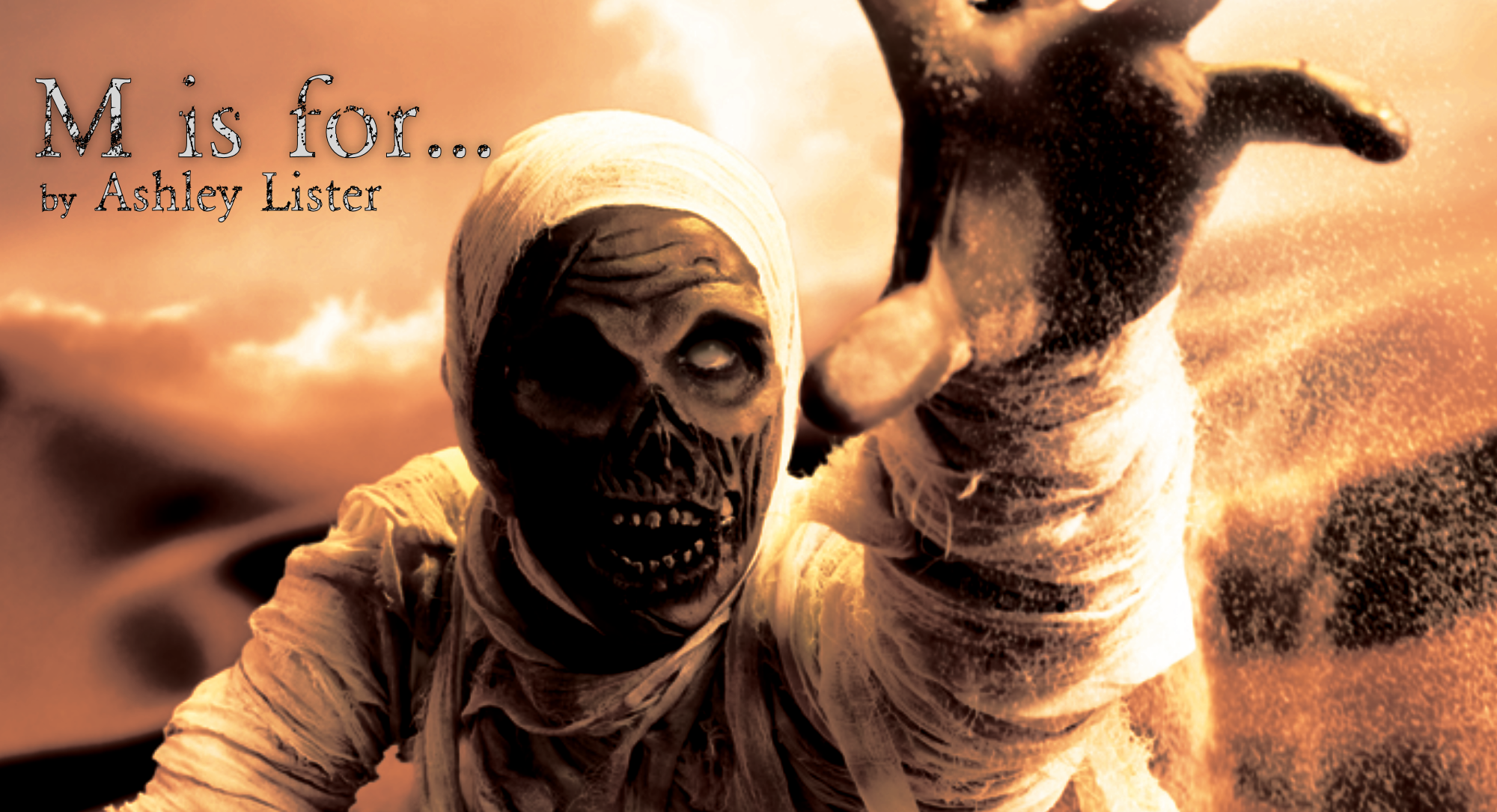 It’s no surprise that we’re frightened of mummies.

Firstly, mummies are associated with foreign cultures (Egyptian predominantly) and it’s long been a trope of the horror industry to demonise anything associated with foreign culture. When you consider that Dracula came from Eastern Europe to terrorise British citizens, that zombies have their heritage linked with West African slaves who had been transported to Haiti, and even contemporary phenomena in the USA is often ascribed to the presence of Native American burial grounds, we begin to see that there’s a strong relationship between cultures we don’t understand, and phenomena that is supposed to be dangerous and frightening.

But it’s not just racism that makes us scared of mummies. One of the chief reasons to be scared of a mummy is because it’s a corpse. Admittedly, in a rational world, we wouldn’t be scared of corpses because they’re simply the inanimate shell of a former human who is no longer alive. However, because decomposition begins so quickly, allowing for the escalation of pathogens as natural decay occurs, we have good reason to be scared of corpses because they present a very real threat to our health and wellbeing. Perhaps it’s unlikely the corpse will sit up and start trying to claw at your face as it screams, “BRAINS! BRAINS! BRAINS!” However, it could give you a nasty infection that either dictates a fortnight on antibiotics, or a week on the lavatory as liquid sharts burn your ring far worse than anything ever suffered by Frodo when he had his ring burnt.

And perhaps the most obvious reason to be frightened of mummies is the history associated with them.
The process of mummification began with the removal of all moisture from the body. This left a dried, yet lifelike, corpse that would not easily decay. This was done so efficiently we can still view the mummified body of an Egyptian and have a good idea of what he or she looked like in life, 3000 years ago.

Mummification took seventy days. The first step in the process was the removal of all internal parts that might decay rapidly. The brain was removed by carefully inserting special hooked instruments up through the nostrils in order to pull out bits of brain tissue. (This is something that was done before death in the case of Brexit voters). The removal of brain tissue was a delicate operation, because an error here could easily disfigure the subject’s face. The embalmers then removed the organs of the abdomen and chest through a cut on the abdomen. They left only the heart in place, believing it to be the centre of a person’s being and intelligence. The other organs, stomach, liver, lungs, and intestines, were stored separately and later buried with the mummy.

According to the Smithsonian Institute:

“The embalmers next removed all moisture from the body. This they did by covering the body with natron, a type of salt which has great drying properties, and by placing additional natron packets inside the body. When the body had dried out completely, embalmers removed the internal packets and lightly washed the natron off the body. The result was a very dried-out but recognizable human form. To make the mummy seem even more life-like, sunken areas of the body were filled out with linen and other materials and false eyes were added.

Next the wrapping began. Each mummy needed hundreds of yards of linen. The priests carefully wound the long strips of linen around the body, sometimes even wrapping each finger and toe separately before wrapping the entire hand or foot. In order to protect the dead from mishap, amulets were placed among the wrappings and prayers and magical words written on some of the linen strips. Often the priests placed a mask of the person’s face between the layers of head bandages. At several stages the form was coated with warm resin and the wrapping resumed once again. At last the priests wrapped the final cloth or shroud in place and secured it with linen strips. The mummy was complete.”

All of which combines to give us a culture removed from most of us by distance and time, the physical presence of a centuries old corpse, and the puzzling practice of post-mortem mutilation in the name of preservation. Given all of these factors weighing against them, it’s no wonder our cultures find mummies so frightening.