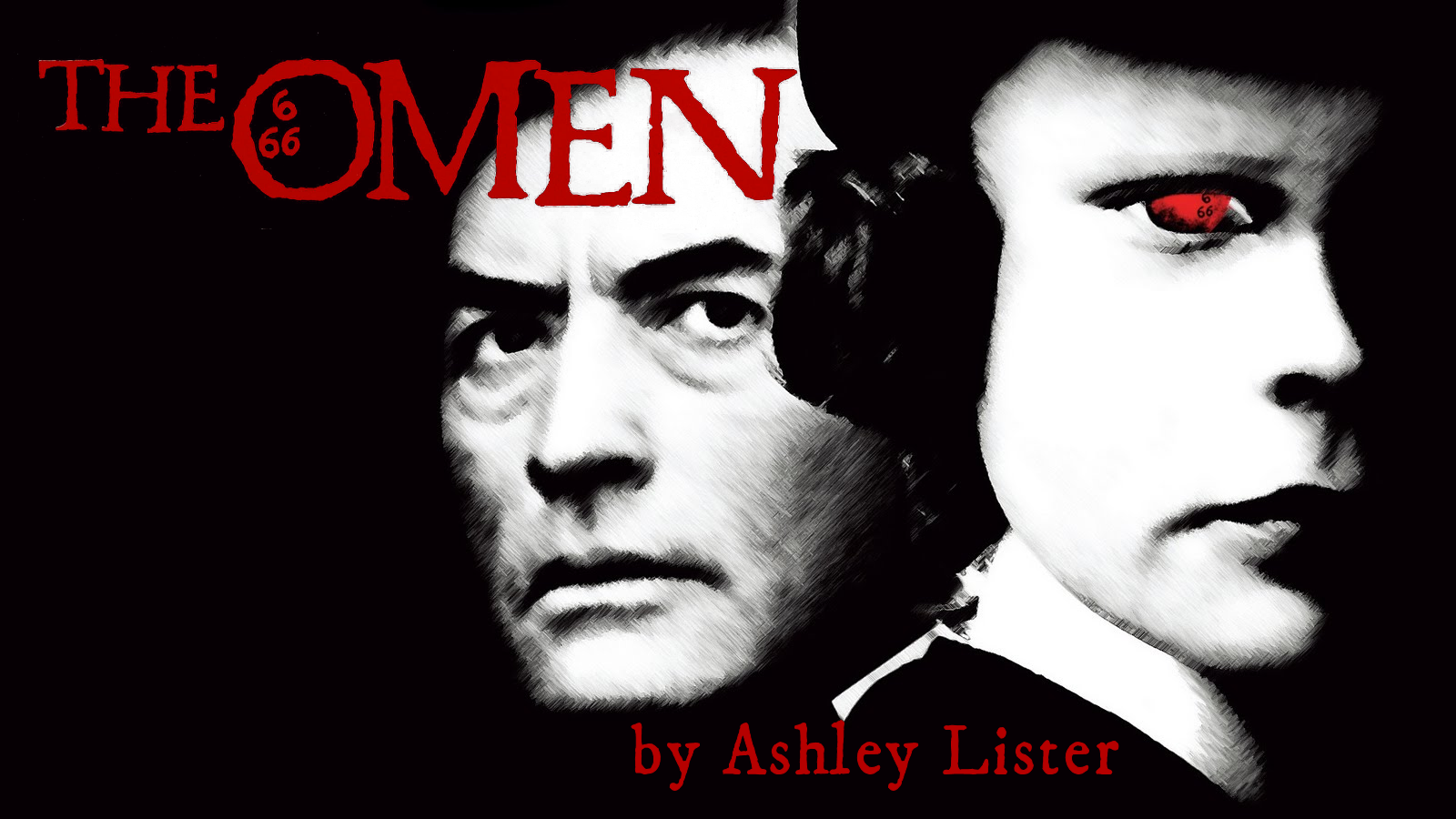 Start listing classic horror movies from the 70s and, after mentioning The Exorcist and The Amityville Horror, it won’t take long before someone suggests The Omen.

The Omen (1976) was directed by Richard Donner and written by David Seltzer. According to Wikipedia:

The story introduces Robert Thorn, the American Ambassador in Italy who adopts the newborn Damien to replace the newborn that he has been told was stillborn. When Damien reaches the age of five as Robert is transferred to Britain, strange events unfold, beginning with the boy’s nanny committing suicide during his birthday party. Soon afterward Robert encounters Father Brennan, a Catholic priest who was present at Damien’s birth, who attempts to warn him that the child would eventually kill him and his wife; Brennan soon dies, impaled by a falling church spire.

There’s more to the story than this but I won’t go on for fearing of giving spoilers to those who haven’t yet seen this one. In short, it’s the story of a demonic child, a trope that was enjoying some success at the time because of films such as Rosemary’s Baby (1968) and The Exorcist (1973). The demonic child (the antichrist in this case) can be identified by the mark of the beast on his scalp (the number 666 somewhere under his hairline). And the demonic child/antichrist stands innocently in the centre of events as the world around him turns to shit and the cast succumb to the fates of various (scripted) terminal accidents.

The sad thing about The Omen is that the set was afflicted with as many macabre tragedies in real life as were meant to be contained within the script.

Gregory Peck had top billing for this film and his son committed suicide as filming began. One crew member was seriously hurt in a car accident while driving to the set. The scriptwriter’s plane was struck by lightning whilst he was on his way to the film’s location. The plane being used by Peck and the movie’s executive producer was also struck by lightning in a separate incident. Worse was yet to come when some members of the crew used a private airplane to get from one film location to another. Just after their plane took off something went wrong. The aeroplane crashed onto a road and collided with a car. This car then crashed at high speed into another vehicle and the incident resulted in eleven deaths.

This is not to say that I believe the film set of The Omen was cursed. That adjective is bandied around far too often with regards to unfortunate coincidences. The Omen started a short franchise of horror films that have proved perennially popular. They balance a Grand Guignol of macabre deaths with a fanciful interpretation of the book of Revelations. And, if you do fancy a genuinely unsettling night, play this film, whilst you’re sitting alone in the dark.