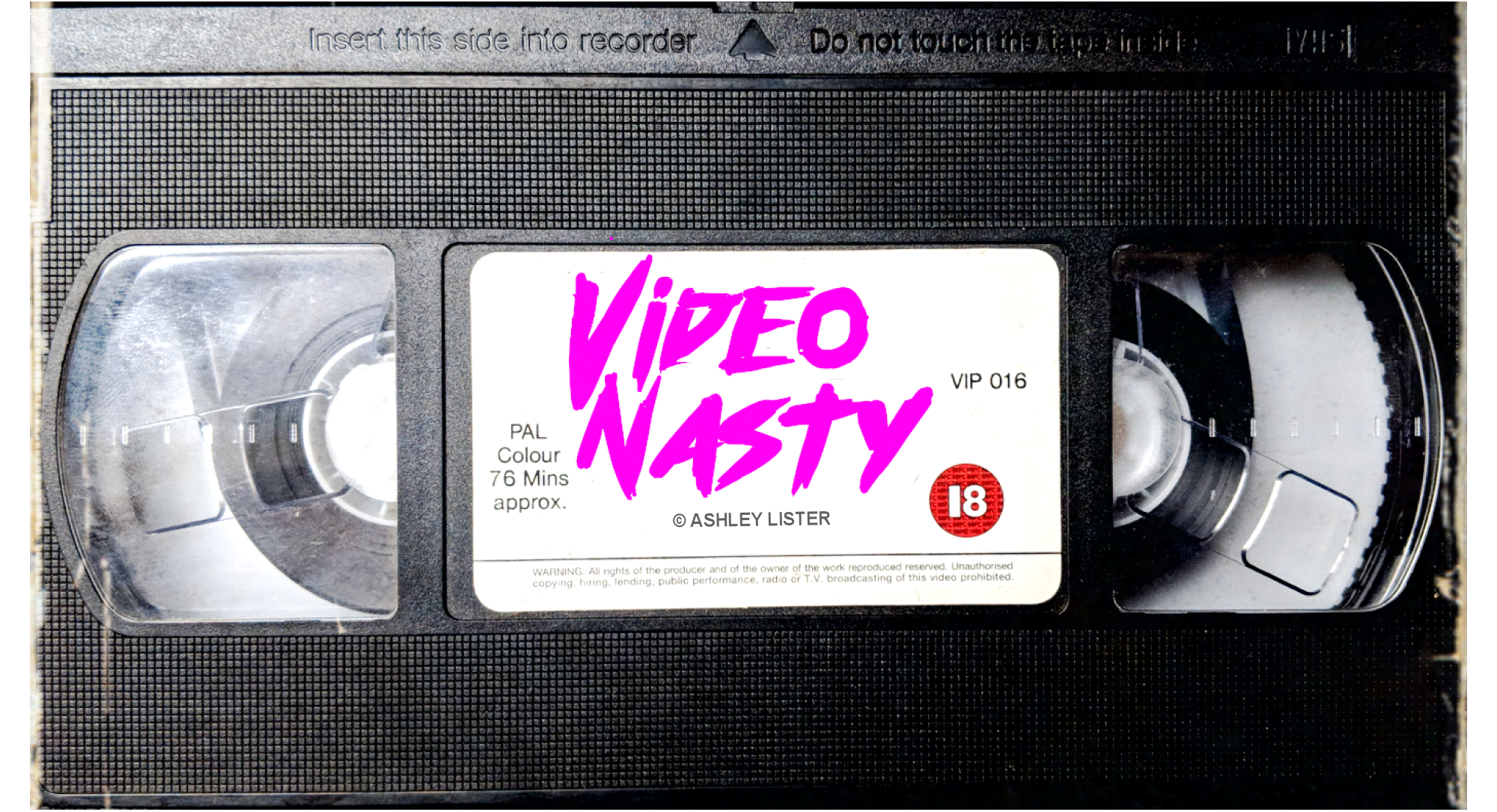 I grew up when video nasties were a real thing. Nowadays they’re a chapter in the history books akin to superstition: something close to the idea of burning witches or knocking on wood for good luck.

To contextualise this, VCRs (Video Cassette Recorders) were first made commercially available in 1976. Prior to this, if you wanted to watch a film you went to the cinema. Admittedly there were options such as Super 8 and cine cameras, but these did not lend themselves to films made available on commercial release. With the advent of VCRs, there was a boom in low-budget horror movies, which were made available for home rental. In turn, this explosion of graphic horror led to an upsurge in the moral outrage of those who wanted to censor such low-brow entertainment. Consequently, anything deemed unpalatable by a small minority of people with supposedly elevated standards, was deemed a video nasty and targeted for censorship.

There are echoes here of cancel culture and political correctness, which I only mention to show that everything we think is symptomatic of our current society is usually something that has happened many times before in history.

Three of the most reviled video nasties were Driller Killer (1979), The Evil Dead (1981) and I Spit on Your Grave (1978).
Abel Ferrara’s Driller Killer is the story of an artist living in New York. He’s driven mad by the punk band downstairs. And, in his crazed state, he is driven to killing down-and-outs on the city’s streets armed with a power drill.

Sam Raimi’s The Evil Dead is a more familiar story to contemporary audiences, with five teenagers spending time in a cabin in the woods and accidentally releasing demons that wreak all manner of chaos.

Meir Zarchi’s I Spit on Your Grave is a powerful revenge drama where a female novelist is gang-raped, beaten, and left for dead, and then goes on to exact punishing revenges on each of her attackers.

Personally, I’ve never been a huge fen of censorship. Watching Driller Killer has not made me want to use power drills on vagrants (or anyone, for that matter), and stopping people from seeing the film is tantamount to saying audiences can’t be trusted to differentiate between fiction and reality. None of these films have made me want to act violently, or believe that acts of violence are acceptable within a civilised society.

Of course, we can always argue that Bandura’s studies on social learning theory present evidence that exposure to these acts of violence, even through the medium of video, can still be sufficient to promote unwanted behaviour. Bandura showed children a film of one of his colleagues pummelling an inflatable Bobo-the-Clown doll. The children were then left in a room with the same doll and they seem to have treated the footage they’d seen as a training manual because most of them kicked the crap out of the inflatable Bobo-the-Clown doll.

Some have seen this as proof that video nasties have an adverse effect on the behaviour of audiences. However, it can be argued that Bandura was stacking the odds against those children. If they’d been exposed to a different inflatable doll, other than a Bobo-the-Clown doll, the results might have been a lot different.

Possibly the most telling argument against the idea that watching films can influence our behaviour is the realisation that Jamie Lee Curtis is still alive. If any of us had ever been influenced by the Halloween movies, rather than asking Jamie Lee Curtis for her autograph, we would all be trying to stab her with a massive butcher’s knife.

All of which is my way of saying, the video nasties were a lot of fun because they encouraged people to treat horror movies as something potentially dangerous, which gave a meta-level of thrills to the experience of watching them. I don’t think they were bad for society, and I doubt the veracity of anyone who claims they were influenced in a negative way by such media. And, if you ever get a chance to sit down and watch a video nasty, find yourself a tin of cider, grab a bag of Monster Munch and some Wagon Wheels, and relieve the whole experience.