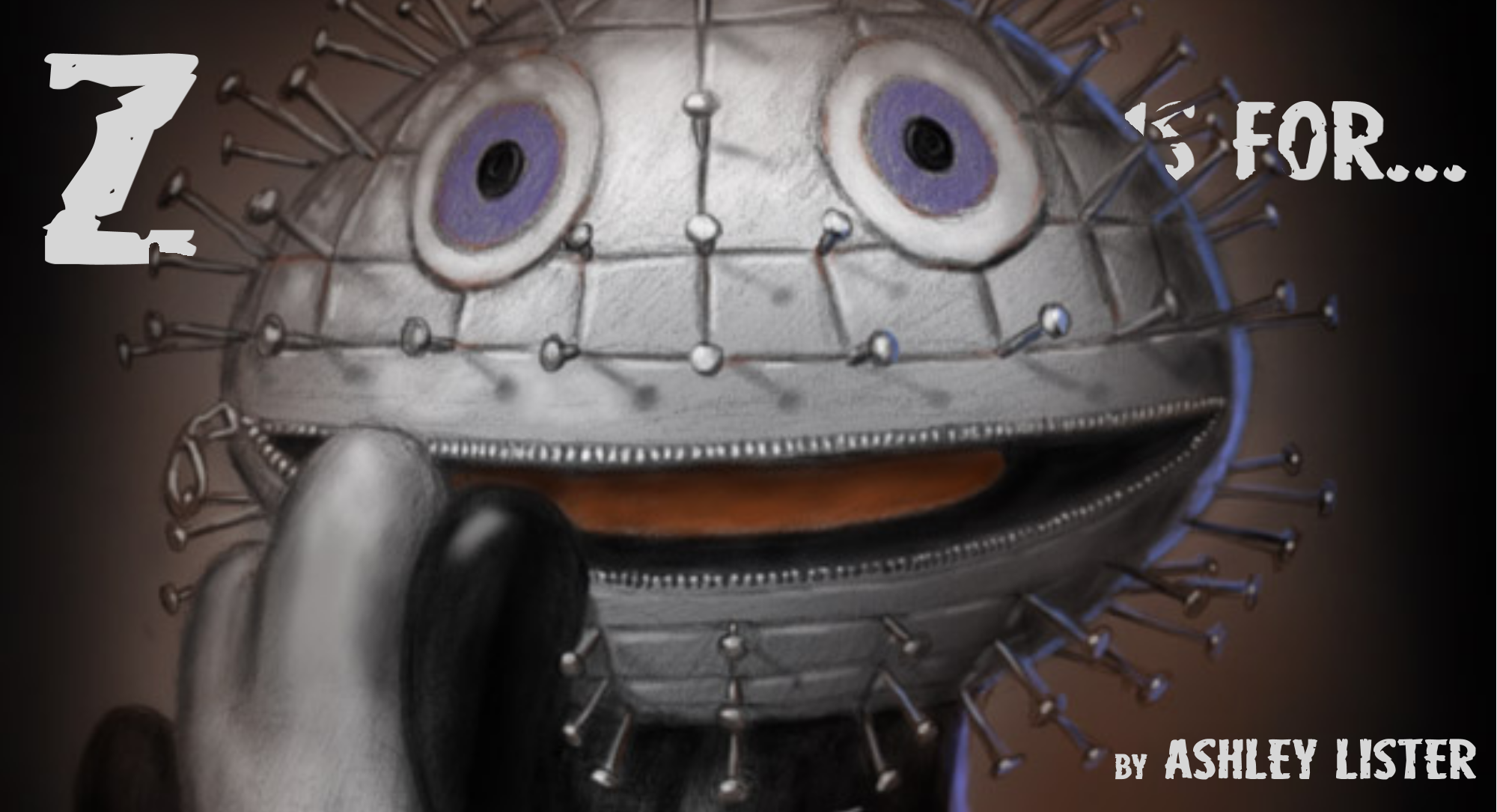 Since I started writing this feature, I’ve been expecting to look at zombies for this instalment. However, the more I think about it, the more I realise that Zippy from Rainbow represents a far greater horror than any of the undead.

For those of you unaware of Zippy, he’s a puppet who appeared on the UK children’s show Rainbow. According to Wikipedia: “Zippy is a light-orange puppet of ambiguous species with a rugby-ball-shaped oval head, blue eyes and a zip for a mouth, hence his name. His voice was first provided by Peter Hawkins and later by Roy Skelton.”

There’s a substantial amount of contemporary political leaders in Zippy. For example: “Zippy claims to be the best at whatever is being discussed, and always claims to be right. He loves to eat sweets, sing songs and tell his favourite jokes, and always has to be the centre of attention. For example, the other characters might be having a discussion, when Zippy would shout: “But I don’t want to talk, I want to sing! I’m very good at singing! [starts singing] I’m a little teapot short and stout, here’s my handle and here’s my spout…”” (Wikipedia). I describe this as the behaviour of a contemporary political leader because, whilst I can imagine a Johnson or a Gove making such fatuous claims of self-aggrandisement, I’m fairly sure I heard Trump making some identical claims during his tenure as a world leader. Perhaps not singing ‘I’m a little teapot…’ but certainly claiming to be the best at whatever is being discussed.

However, the reason why I’m mentioning Zippy in an A-Z of horror is because of the way he represents the silenced individual. As mentioned above, Zippy is called Zippy because he has a zip for a mouth. I worry this is drawing attention to an aspect of his physical appearance and is akin to body-shaming on a par with calling those wearing glasses ‘specky’ or mentioning the BMI of those who are allergic to salads. However, more worrying than this is the way Zippy was repeatedly silenced by his friends and acquaintances. Admittedly, most thinking people would not have thought it a bad state of affairs if someone had been able to draw a zip across Trump’s mouth. But, even if the zip had been fitted, there would have been protocols as to who was allowed to operate the zip, what circumstances called for its use, and how long the imposition of silence was inflicted on each occasion. It would never have been an arbitrary decision from Geoffrey, George or Bungle as they wandered through the White House.

According to Wikipedia (again), we are told, “Due to his frequently loud behaviour and silly voice getting him into all sorts of trouble, other characters in Rainbow occasionally zip his mouth shut for a short time, rendering him unable to talk. On at least one occasion he unzips himself, although he appears unable to do so on most occasions.”

The takeaway from this is horrific: other characters occasionally zip Zippy’s mouth shut.

We live in a society where the prospective introduction of voter ID means a number of voters could be further disenfranchised by an unfair system that demands they have expensive identification in order to contribute to meaningful political discourse. This is a disturbing prospect and I fear it’s come about because, as children in the UK, we grew up watching Zippy’s regular disempowerment until it was normalised.

The enabling language of Wikipedia is glossing over the severity of these crimes and ignoring the horrors that have occurred. Zippy has been silenced against his will with an unjust punishment. Would anyone take the calliper off a physically disabled child and tell him that this has been done to stop him from walking? Would someone steal a child’s wheelchair or iron lung and use that theft as a form of punishment? “No more oxygen for you, little Jonny, until you start tidying your bedroom.”

Of course not. No sane parent would do such an action. If anyone did this, social services would intervene and The Sun newspaper would run a campaign to string the parents up by the balls and beat them like a pinata. Yet, for Zippy, this was a regular occurrence. And we have to remember, as well as having a zip for a mouth, Zippy only had one arm and no legs. And he was bald.
It’s true that, on one occasion Zippy did unzip himself. But this was a single occasion and the singularity of this event suggests the act was either difficult, painful or challenging in some other way.
More importantly, we have to remember that Zippy was regularly censored by those he should have been able to trust: his friends and family. A zip was closed across his mouth and he was invariably rendered mute. Unable to express himself, Zippy had to wait in a cruelly imposed silence until one of his acquaintances deemed his silence to have a repentant air and deigned to allow him the freedom of speech.

All of which is why, Z is for Zippy: the puppet representation of the disenfranchised in the rising totalitarianism of today’s political landscape.