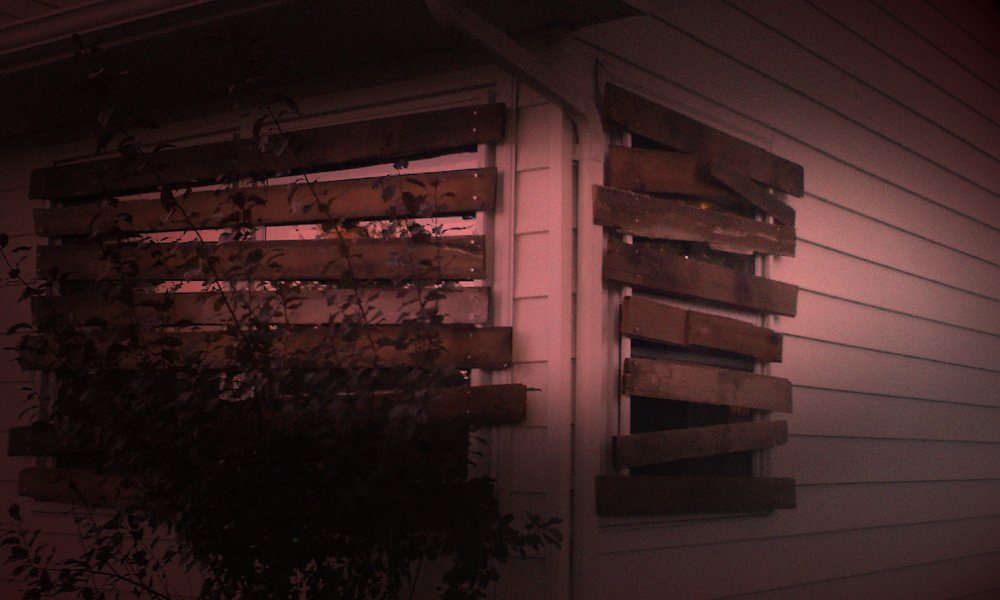 The Wrong End of the World by Colin J Davies

Our eyes met for the first time as I glanced up from the cold meat counter. The supermarket refrigeration unit seemed to disappear like mist on a sunny day. It wasn’t quite love at first sight, but when Arthur returned every morning at the same time for two slices of ham, I knew it wasn’t just sandwiches he had on his mind.

“Can I have four slices today please, Mavis?” he asked one morning.

“Oh, that’s not like you Arthur, won’t you be in tomorrow?” I’d miss seeing his friendly face.

“No… It’s not that…” He sounded nervous. “I just wondered if you might join me for lunch today. A picnic, maybe?”

Of course, I took Arthur up on his offer. No-one had ever asked me out before. I took an early lunch break and followed the directions Arthur had given me.

“Hmm, St. Peter’s cemetery? This can’t be right?” I thought to myself as I reached my destination. Just then, Arthur pottered around the corner wearing a pair of overalls, wiping his hands down the front of them. I was in the right place, after all. Arthur told me he worked for the local council as a groundskeeper. He’d worked here in the cemetery for the past few years and really enjoyed it.

He laid out a rug and a basket of goodies on a patch of grass where no-one had been buried yet. I remember thinking how considerate that was of him. We ate our ham sandwiches and talked about ourselves until I realised the time.

That was how my life with Arthur began. He was my first and only love. We had so many wonderful times in those early years. We got married on my 40th birthday in St. Peter’s church. Beautiful day it was. A few years later, I fell pregnant with our son.

Arthur spent a lot of his time down the cemetery, looking at the names on the headstones. He said it would save us a bit of money, not having to buy a book of baby names. He’s always been full of ideas, my Arthur. Anyway, we finally decided upon John after the man who had lived the longest life in our town. He died aged 104. We hoped this meant our John would have a long and prosperous life.

I never went back to work after John was born. It was hard sometimes, not seeing another grown-up all day until Arthur got home for dinner. My sister suggested I get out a bit more. She said she went to the Bingo hall each week and that I should go with her.

“But who will look after John? You know how Arthur feels about changing nappies.” I said.

“There’s a lass who looks after my neighbours’ kids once in a while. I can find out if she’d sit with John for a few hours on a Thursday night.” She told me.

The next night, my sister came round with a pretty young woman called Alice. I watched as she played with John and his cars. She was a natural. She told me she was studying childcare and wanted to open her own nursery in the town. I didn’t hesitate when she offered to come round and watch John. I was desperate to get out of the house. I told Arthur that from now on, I’d be going out on a Thursday so I would leave his dinner in the oven. He said it was good I’d be getting out more.

Over the next few weeks, I joined my sister at the Bingo. It was good fun, and I felt like I was in a better mood at home because I had something to look forward to each week. Arthur didn’t seem to mind either; he told me Alice looked after John wonderfully when I was out. She even heated Arthur’s dinner for him before putting John to bed.

Early one Thursday morning, Arthur got a call from his boss. He had to go down the cemetery immediately – it appeared someone had been desecrating the graves. Who would do such a thing?

“I’ve got to go down and help the police with their investigations.” He said.

That night, I was ready to go out, but Arthur wasn’t home yet, and he hadn’t phoned to say he’d be late. It wasn’t like him.

“Don’t worry. From what you said, he probably just had some extra work to do. Go out and enjoy yourself.” Alice reassured me. Looking back, she practically pushed me out the door.

I was being silly, but when you become a mother, you know to trust your instincts. I decided to go home.

The house seemed quiet when I got to our street. The lights were off.

“That’s odd.” I thought to myself.

I got into the kitchen through the back door. There must have been a power-cut because the cooker clock was off too. I thought I could hear faint noises coming from the sitting room. My heart began racing. I peered around the corner; the room was lit by the full moon outside, subduing the colours of our couch.

Lying on the sofa with her legs, sprawled was Alice! My Arthur was writhing around on top of her making noises like I hadn’t heard since our secret twilight romps in the cemetery! How could he?! She was less than half his age. I trusted both of them.

I began to shake. I felt sick. I wanted to shout out to confront them, but I couldn’t speak. I backed away from the door and went upstairs. John was asleep. I scooped him up and wrapped his blanket around him.

“It’s ok son. We just have to pop over to your Aunt’s tonight.” I managed to say.

I carried him downstairs. As we walked past the sitting room, I could still hear Arthur groaning. I couldn’t bear to look. I went straight through the kitchen and out the back door. I carried John the few streets to my sisters. On the way I noticed an ambulance parked outside the Wilson’s house, lights still flashing. I usually would have stopped and shown some friendly concern but not tonight. I was a broken woman.

I let myself into my sister’s place. She wasn’t home from Bingo yet. I put John in her bed, and he drifted back to sleep. For the next hour, I sat alone in the dark. I wanted to cry, but I felt numb, so no tears came. I could hear more ambulances outside, or was it police cars? It seemed fitting, the noise, seeing as my world was ending around me.

My sister didn’t get home until the early hours of the morning; she seemed flustered. I explained to her what had happened. She tried to tell me that Arthur wasn’t himself, that he was sick or something.

“Yes. Sick in the head.” I thought. Why was she trying to make excuses for him? She shuffled me into bed beside John and told me to get some rest. I must have nodded off because the next thing I heard was an almighty crash. I looked out the window. A car had smashed into a house across the road. I recognised it from the Bingo hall; it belonged to Mrs Brunsteed. My bets were on her still being drunk from the night before.

I left John playing with some toys and went downstairs. My sister had her D.I.Y kit out and some planks of wood.

“What are you doing?” I asked. She didn’t answer me. She started to nail the bits of wood over the windows and doors. I know she was trying to protect me, she knew I wasn’t ready to see Arthur, but I felt she was being a bit excessive. She didn’t need to spoil her paintwork to stop him trying to talk to me.

That was three days ago. I don’t think Arthur has been round to explain himself and I can’t face going out. I know my marriage is over, but I would still like to know why. What did I do wrong? I suppose I might never understand. All I can do is try to survive each day.