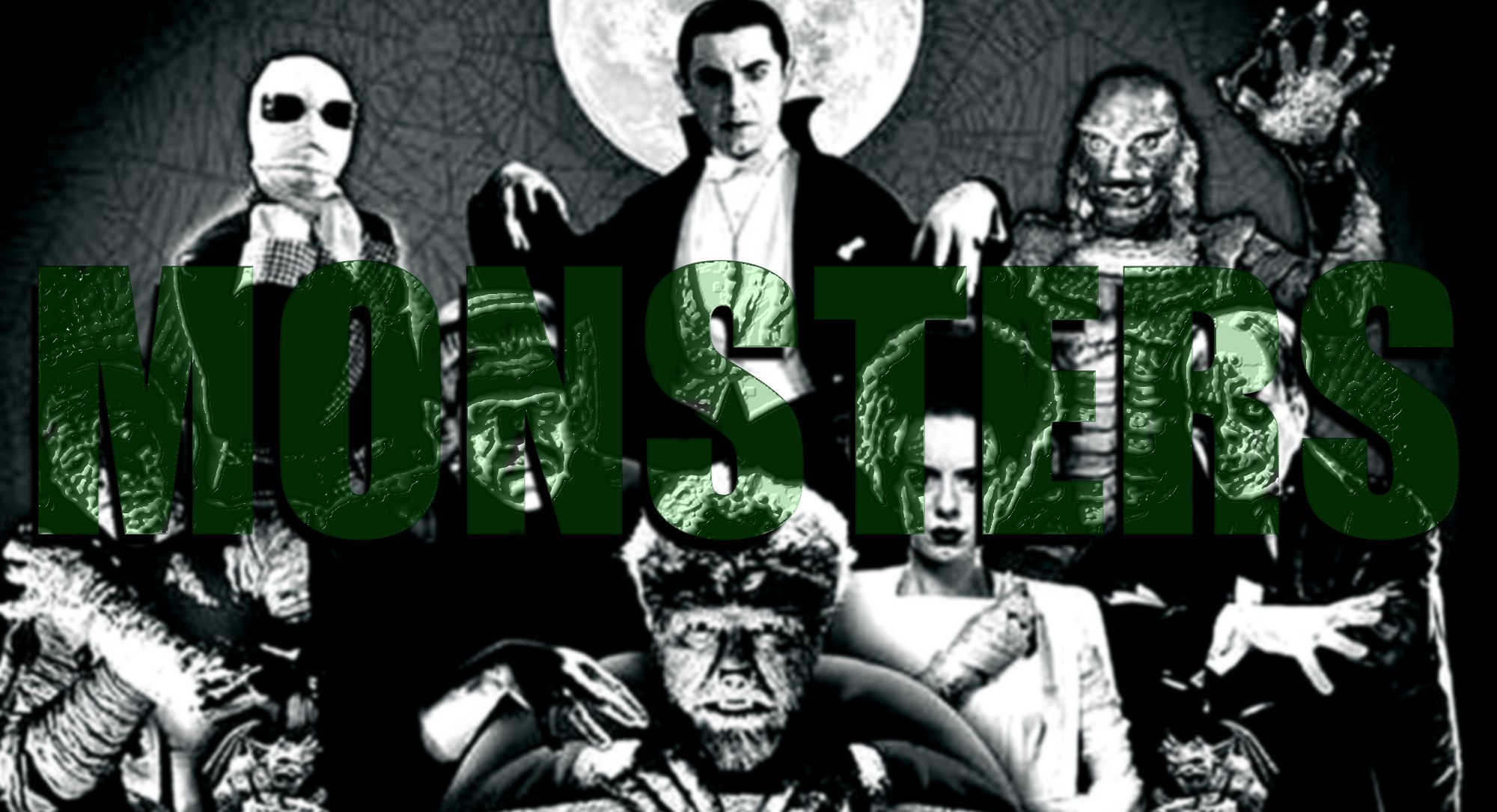 Monsters come in all shapes and sizes. From the gigantic battling behemoths Godzilla and King Kong to the all-consuming cellula beasts in The Thing. Huge accent gods found at the Mountains of Madness or insignificant humans whose atrocities in death camps and killing fields far outdo those of fictional creatures.

The primal fear of what lurks in the shadows fuels our imagination beyond reason. We hide under bedclothes and mother’s aprons at the sheer thought of what monsters might be trying to get us. It is both unnerving and exhilarating, and one of the reasons monsters are so popular.

My personal favourites (for the purposes of this blog) are the ones created by Universal Studios; classic monsters of the silver screen. They took folk tales and best-selling novels and turned them into chilling works of art. Wrote whole new lore for creatures that haunted old tales and adapted other stories to fit the latest zeitgeist. It was Curt Siodmak who gave us silver bullets and bloodlines for The Wolfman (1941), and The Mummy (1935) was John Balderston’s reworking of his script for Dracula (1931).

The Universal Monsters took great works of horror sci-fi and turned them into iconic cinema so powerful that the images created for the monsters in Frankenstien (1931) and The Invisible Man (1933) are the pictures most people see in there mind when talking about any of the many versions of these tales told across all media. It can be argued that Jack Pierce’s make-up design on Frankenstein and The Bride of Frankenstein (1935) has influenced more art than Michealangelo’s David (1504).

For me, it is the last of these great monsters that had so much potential yet has never been fully explored. The Creature from the Black Logoon (1954) was everything a 50s horror sci-fi film should be; exploring notions of thing science has yet to understand. Originally shot in 3D, the latest cinema gimmick, audiences got their fear thrills but ducking as the amazing creature design of Milicent Patrick swam out of the screen. In the early 80s, I was lucky enough to see a rerun of Return of the Creature from the Black Lagoon (1955) in original 3D.

I fell in love with these films in the late 70s, early 80s when they were shown as part of a double bill on BBC 2. It was these silver tinted movies that made me read the books they were based on. The deep contrasted shadows were used to great effect in the first of these classics, The Phantom of the Opera (1925) and created haunting images that imprinted on my mind.

Without these films, I doubt I would have ever got into horror. I would never have discovered H.P. Lovecraft, H.G. Wells, Mary Shelly or Bram Stoker. And I would never have seen a Hammer Horror film or worn a classic flat-headed Frankenstein mask at Halloween.