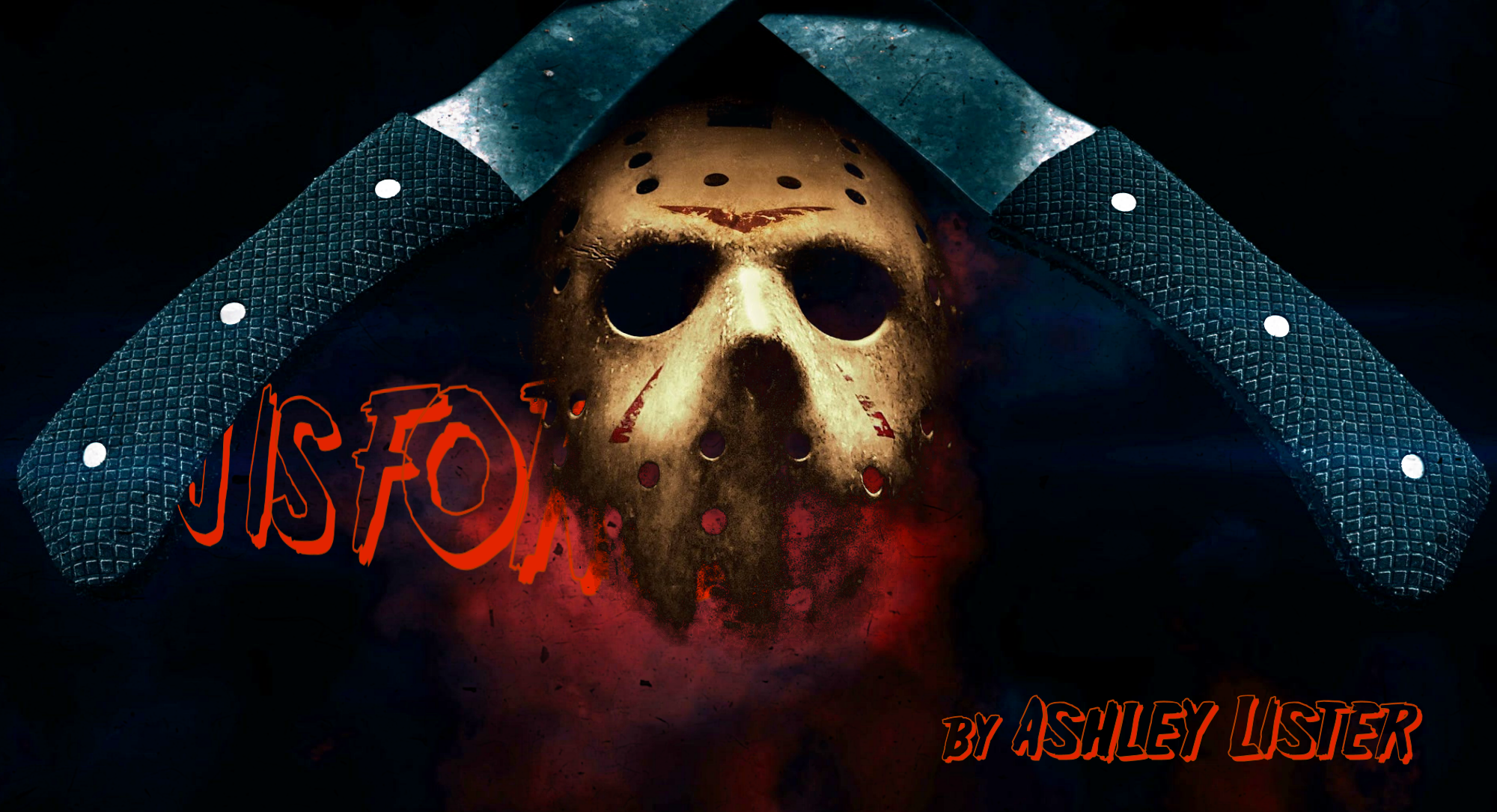 Technically, I guess, it should be Jason Voorhees. However, those who are familiar with this serial killer from the Friday the Thirteenth franchise usually refer to him as Jason rather than Mr Voorhees, or Mrs Voorhees special little boy.

I’m going to put the words SPOILER ALERT here, just in case there’s someone reading this who hasn’t previously encountered Jason. I’m not trying to spoil the films for anyone but I do want to discuss them and that will mean giving away some plot details.

We first met Jason in Friday the Thirteenth, a delightful slasher from 1980 that started one of the highest-grossing horror franchises in movie history (beaten only by the Halloween franchise as of 2018). However, whilst Jason does appear at the conclusion of Friday the Thirteenth, he wasn’t the serial killer in that film. That role went to Jason’s mother, Mrs Pamela Sue Voorhees.

The introductory film shows us that Mrs Voorhees, a woman with the parenting skills of a McCann, is seeking retribution on camp counsellors for neglecting to pay sufficient care and attention to her late son. This retribution comes in the form of violent (and relatively innovative) deaths, the most distressing of which is the murder of an obscenely youthful Kevin Bacon (I like Kevin Bacon and any scene where he dies is distressing for me). The end of the film features the last counsellor, Alice Hardy (Adrienne King) decapitating Mrs V.

We all know there are certain traits that are passed on from generation to generation but being a serial killer at an abandoned summer camp is clearly one that geneticists haven’t fully explored. In Friday the Thirteenth Part Two we are properly introduced to Jason, who hadn’t died (destroying any suggestion of justification or validity for Mrs V’s murder spree) and we learn he has grown up with a formidable physique that one doesn’t expect from children who’ve been fending for themselves in the desolate woodlands surrounding Camp Crystal Lake. Jason, who apparently witnessed the decapitation of his mother at the end of Friday the Thirteenth, takes over the family interest in penetrating and dismembering lissom camp counsellors, and starts the sequel by finishing off Alice Hardy from the previous movie.

The films continue with minimal plot and maximum bloodshed until they’re reminiscent of Tory politicians in that, once you’ve seen the pain and upset inflicted by one, you’ve got the idea of what to expect from all of them. Jason proves himself to be either immune to death, or very Christlike in his habit of succumbing to resurrection and, despite being repeatedly killed, he invariably comes back to hack his way through the cast of each subsequent film in the franchise.

This bounce-back attitude serves Jason well through Part 2, Part III (this is the film where Jason gets his iconic hockey mask), The Final Chapter, A New Beginning, Jason Lives, The New Blood, Jason Takes Manhattan, The Final Friday and Jason X (which has very little crossover content with Malcolm X). However, there is cross-over content in Freddy vs Jason, where the Friday the 13th icon is engaged in an epic battle with the star of the Nightmare on Elm St films, Freddy Krueger.

As stated above, the films have proved enormously successful in the genre and this could be for a variety of reasons. For a start, Jason is not a complicated character. In some ways he’s similar to the scourge of Biblical texts in that he is a brutal weapon used to rid the world of sinners and their sin. Note how Jason specifically targets those engaged in acts of marital infidelity or premarital sex. Note how he enacts retribution on those who partake of substance abuse with recreational drugs. These are sins that modern society seldom deems worthy of punishment, but Jason has the sensibilities of a different era and he acts as judge, jury and executioner to all those who fall foul of his strict moral code.

This is not me trying to suggest that Jason is the hero of these films, or that his conservative attitudes are laudable. We can perceive him as an evil representation of the way society is violently trying to shape us to conform to codes of strict morality. The impassive features of the hockey mask, and the unequivocal power of a machete blade, combine to give him the appearance of brutal, modern justice.

And, when we view the films through this lens of abiding by strict moral codes, we can see how they are simple guides for living a simple and happy life in the complex world of today.

Young people ignore the warnings from Crazy old Ralph, who warns of danger and death at the start of the film. It comes as no surprise that danger and death follow: but doesn’t this trope serve to tell us that we should always respect and listen to our elders? Tragic deaths ensue when counsellors don’t do their jobs with sufficient diligence: how’s that for a reminder that you should do your goddamned job properly? Hitchhikers, libertines, the promiscuous and the morally bankrupt all come to miserable ends, which is a strong argument to live your life by principles that don’t include hitchhiking or being a libertine or being promiscuous or being morally bankrupt.

In other words: Jason is a modern-day bogeyman. And the moral of all stories involved with such characters is: if you don’t behave properly, the bogeyman will come and get you.